Carl reached out to book a session to surprise his wife, Angela. They have been married for 12 years and have never had professional photos taken before. They chose the Paint Mines Interpretive Park for their session because of the unique landscape. We had such a great time hiking through the park and exploring. It was especially enjoyable because we basically had the entire park to ourselves. I learned that they met in Arizona. Carl had just gotten back home from a deployment when he was still in the military and described it as a long beautiful journey! It was nice to be able to give them something that they can look back on and add some professional photos to their collection of memories. 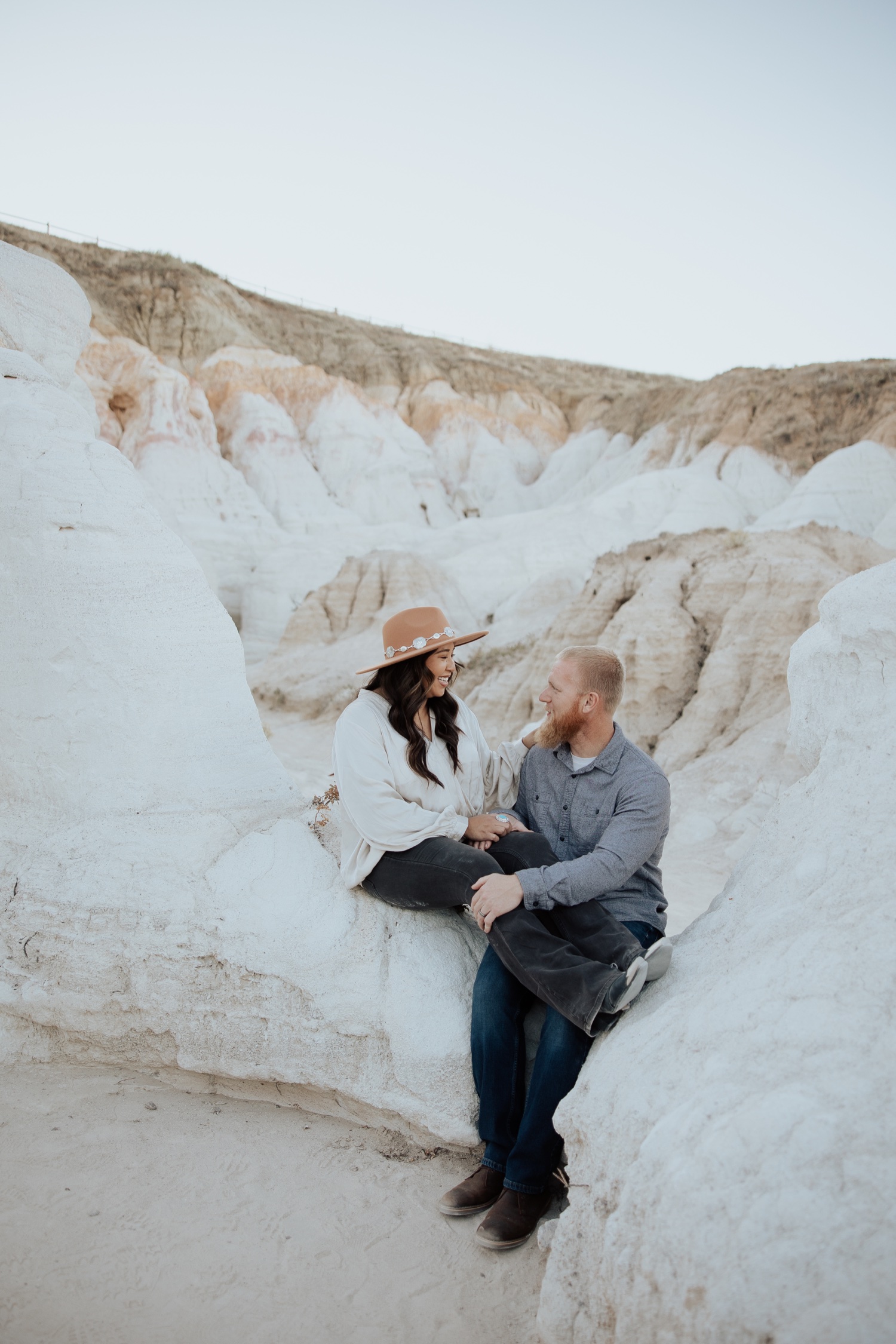