Jenny and Jake drove all the way from Minnesota in their RV, with their two dogs, Dane and Onyx, to get married in the mountains. The day started with Jen getting her hair and makeup done in Breckenridge. They decided to do a first look for their elopement, which is such an overlooked experience when it comes to elopements, so I was very excited they chose to do a first look at Hoosier Pass. After they enjoyed their first-look moments, we drove to South Park Brewery for some cold beers and they bought a bottle of whiskey. We drove over to the Airbnb afterwards for their intimate ceremony in front of their closest friends and family. We took some couple portraits around the property while their dogs played around them. They hired a private chef to prepare dinner for everyone, followed by cake and dessert. At the end of the night, they popped some champagne and had their first dance. 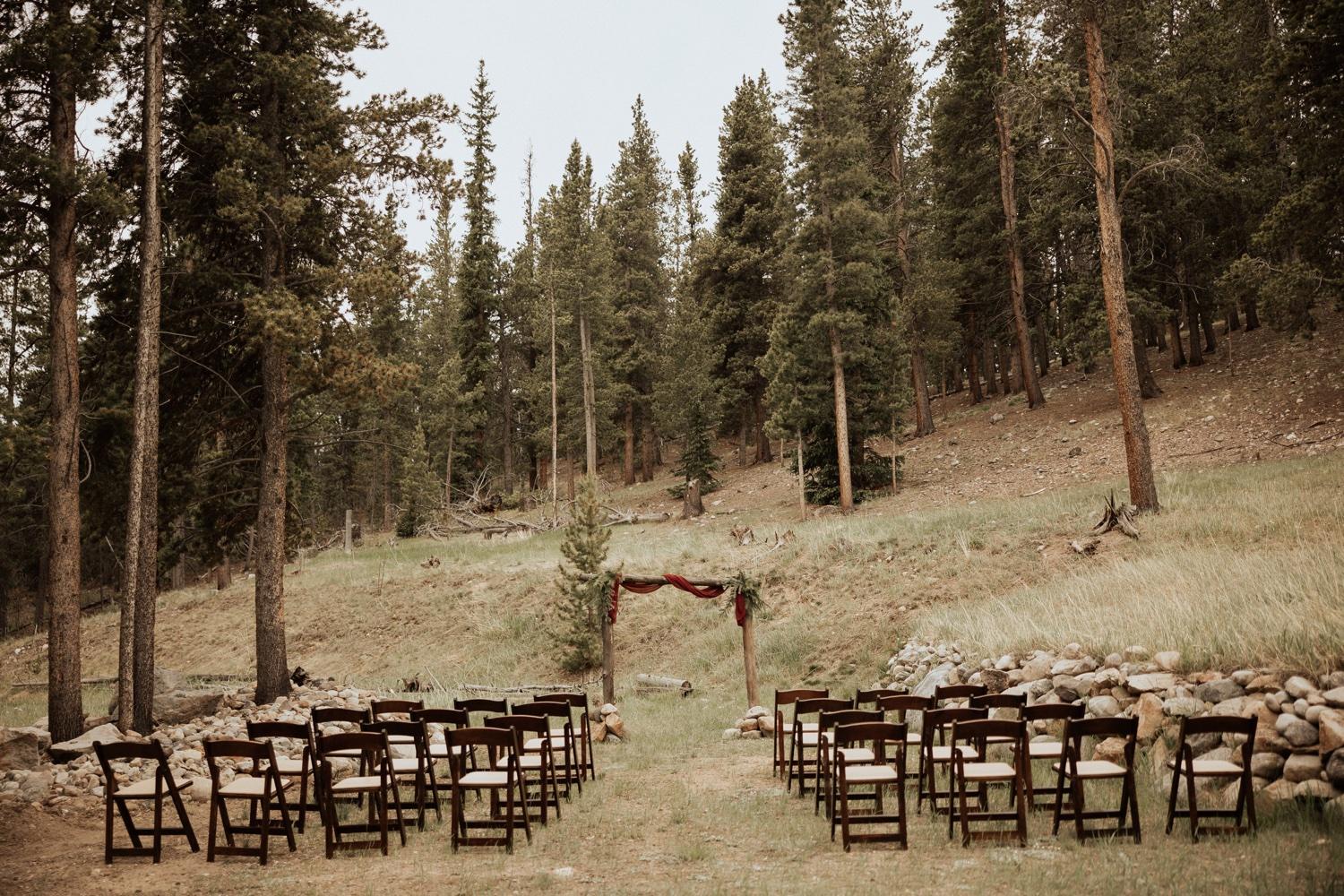